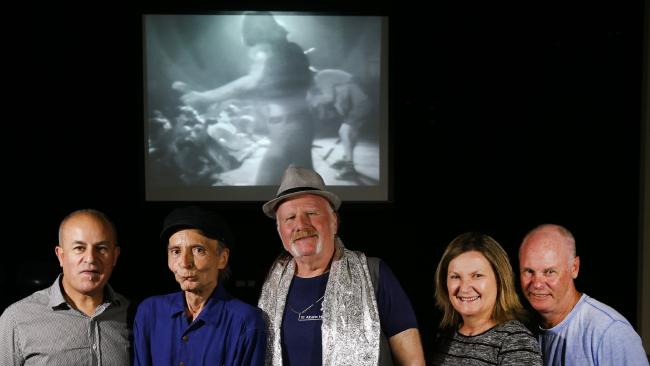 THUNDERSTRUCK students from St Albans Secondary College have celebrated the 40th anniversary of AC/DC performing at their school.

On March 3 in 1976, the legendary Australian rock band played one of their earliest concerts in the St Albans High School hall.
Part of the original hall still stands, and last Thursday students and staff gathered inside to watch footage of four songs from the gig.
Paul Murphy, a music history enthusiast who grew up in Sunshine, provided clips from the AC/DC boxset DVD ‘Plug Me In’ to show at the school.
Among the audience at the original St Albans gig was Mario Agius, who is now music teacher at the college.

As a student at the St Albans Technical School in the seventies, he attended the AC/DC concert and can even be glimpsed in the audience during the old footage.

Another former tech school student, Ken Griffiths — now a teacher at St Albans Heights Primary School — also attended the performance which he described as a “life-changing moment” which kickstarted his love of rock.

“St Albans was pretty tough in those days and when Bon Scott came out with the bag pipes, we had never seen anything like it,” Mr Griffiths said.“In a few minutes, he had the audience eating out of his hands.” 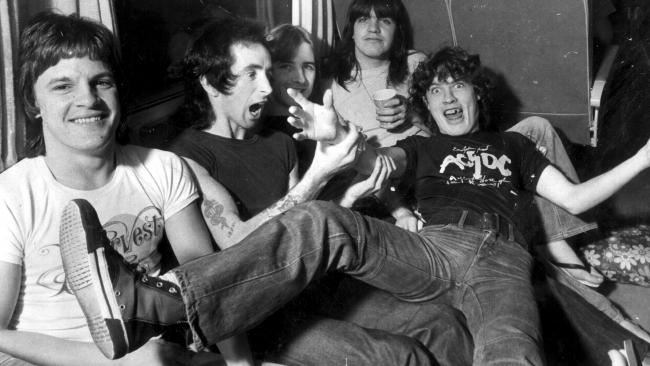 AC/DC pictured on their tour bus in 1976. Picture: Gary Graham

The AC/DC footage was filmed by Deer Park’s John Conte and his friends, who had just graduated from art school.

Mr Conte said he could remember standing on the side of the stage and in the audience as “Acca Dacca” played hits including TNT, It’s a Long Way to the Top and High Voltage.Mr Conte used portable black and white video in a reel-to-reel format to film AC/DC.The idea to film the concert came from his sister’s friend, so Mr Conte and around half a dozen friends — including Duncan Frost, who had lived near a young Bon Scott in Sunshine — headed to the gig.“I remember asking the band for permission to shoot the video,” he said.
“They went into a huddle at the back of the stage and one came out and said, ‘If you like’.” 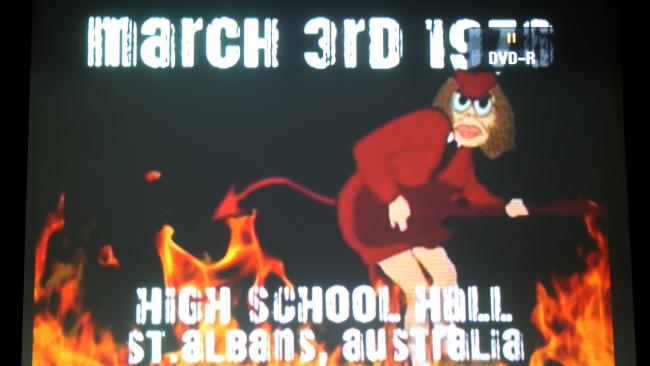 Later, while working at Video Access in Williamstown, Mr Conte transferred the video to VHS.

It was not until around 25 years later when Mr Conte wanted to buy his sister’s car that he came up with the idea of selling the AC/DC footage.

Mr Conte contacted a man in New York who offered him $6000 American money for original footage and rights.

Mr Conte said he did not know the true value of the video and accepted the deal.

“I don’t have rights to the footage now but I have the notoriety — although I could have brought a house with what it was actually worth,” he said.

Mr Conte said he shot around 45 minutes of AC/DC footage at the St Albans show but only around 20 minutes had been released for public viewing, on the ‘Plug Me In’ DVD.

The school has invited past and present community members to join celebrations at a dinner dance in Moonee Valley on June 11, followed by an open day on June 12.