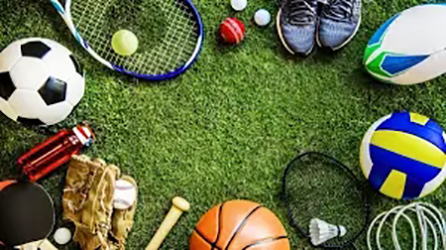 In 2019, the Year 8 girls’ table tennis team comprising of Kelly Chen, Gozde Turan, Priya Ravi, Jillian Bautista and Lily Huang, finished first in the Western Metropolitan Region and went on to represent the College at the State Table Tennis Championship becoming one of the most successful girls’ table tennis team that has represented the College.

Kelly, Gozde, Priya and Lily were keen to repeat their success at the intermediate girls’ table tennis competition in 2020. However, the Covid-19 pandemic shattered those hopes. The girls missed representing the school in any intermediate division competitions over the two years due to the lockdowns.

In 2022, with the promise of ‘covid normal’, the girls, now in Year 11, were excited to pursue their table tennis dream again. With the support of Ms Mohan as their coach and teachers in the Physical Education Department, the girls trained consistently during lunchtime at every opportunity they could.

Their commitment to training allowed them to have a smooth run to finish on top in the Keilor Division competition, where Mr Lakovski coached them. The girls then moved on to have a very successful tournament in the Western Metropolitan Region Championship where they finished Runners Up behind Suzanne Cory High School.

Despite their achievements after a two-year hiatus, the team was disappointed, as they did not qualify for the State Finals.

However, a week before the state finals, the team was invited to participate in the tournament due to the withdrawal of some regional teams. The girls were elated with the news and started training immediately. The competition was held at the prestigious Melbourne Sport and Aquatic Centre on the 10th of August. Supported by Ms Mohan and Mr Agius on the day, the team was committed to making the most of their opportunity to represent the College at the state level again. Winning their opening game against Melbourne Girls College, the team went on to play Keysborough Secondary College. There were some very close games in this match, with Gozde Turan playing back-to-back 5 set games. At the end of the match with a nail-biting tally of the scores as both schools were tied on rubbers; we won the match with 12 games and a total of 214 points while Keysborough College finished with 11 games and 210 points. The team then competed against Ringwood Secondary College in their final group match where the doubles pairing of Kelly Chen and Priya Ravi played a very tight game only losing by 1 game and 3 points. However, Ringwood College won that match finishing top in the group, leaving St Albans Secondary College finishing in 2nd place, with both teams qualifying to the semi-finals. In the semi-finals, the team played the winners of Pool A, East Doncaster Secondary College. Priya Ravi had an outstanding singles match, playing 5 sets with the first and last game going up to 15 points. Priya won that match by one point. However, in the end the winners of the Easter Metropolitan Region defeated us to advance to the finals.

Despite the chilly temperatures, all of our star students volunteered to take part in numerous events; from 100 Metre Sprint, to Javelin and Shotput. However, it was the Novelty events that stole the show! Students participated in Spike Ball, Heads and Tails and Bean Bag Tosses along the grassy areas facilitated by our house captains in their coloured t-shirts. The students were enthralled with desperation to gain last minute house points for their teams. All students that won an event, qualified to represent the school in the Keilor Division Championships on 26 August.

When it seemed that Irwin house were to secure a sure win, Buttrose sneaked their way through the finishing line stealing the win with only one point, claiming the Athletics House Championship!

We ended the exciting day with a friendly game of Tug of War between staff and students. Although the teachers pulled with all their might, the students strategically gained the upper hand in the battle, besting the teachers two times!

All students and staff should be congratulated on making the day a huge success. We had record participation in all age groups, with fantastic behaviour and support by all.

ents’ warm. Thank you for the overwhelming help from staff who ran all of the field events for the day.

Thank you to all who participated and made the Athletics Carnival one to remember!